Urk was an island for hundreds of years. Now it lies calmly between dykes and is surrounded by land newly won from the sea. The sea gave Urk bread but also caused many sorrows. Hundreds of fishermen lost their lives at sea. Life was difficult and hard.

There are many highlights to see in Urk- The lighthouse, the museum of Urk, a Ginkiestocht and a Boat ride from Urk to Enkhuizen.

The museum of Urk

The museum is situated in the former town hall. It shows the history, the fishery industry, the traditional clothing and various artworks of Urk. It is closed on Sundays and public holidays.

When Urk was still an island, the ferry was the only connection to the mainland. In the summer months, it is possible to go with the ferry “The Zuiderzee” from Urk to Enkhuizen and back again.

Urk’s lighthouse was built in 1841 and stands 18,5 meters high. Sinds 1617 there has been a light/fire in the lighthouse of Urk. The light was a beacon to lead the fishermen to a safe haven.

Across from the Church at the Sea, you will find the fishermen’s memorial. It represents a fisherman´s wife, who stares at the sea waiting forher loved ones to return. On a marble plaque, you can see the names of all the fishermen who have never returned home.

The Urker activity exists for the most part from fisheries. Each week by fishermen fished on the North Sea. Click here for the images to get an impression of the life of a fisherman. 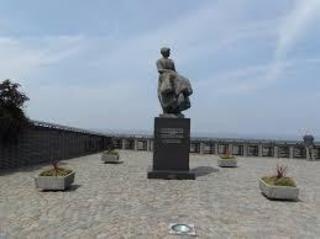 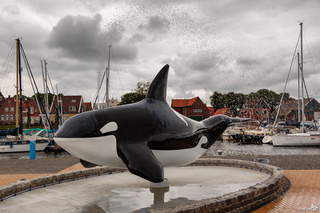 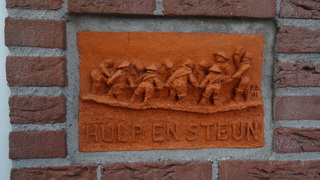 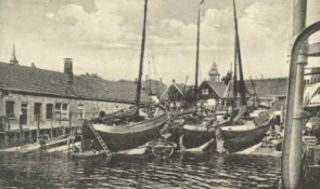 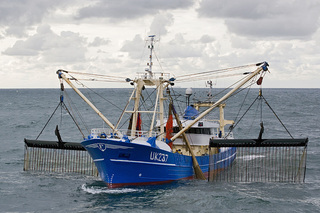